Penélope wears pink pussy hats, to commemorate the Women's March.
I gift her her first pink pussy hat when she gets her period at 12,
and when we’re driving back from gathering supplies for what will be
her first lifelong battle as a woman, she takes the hat off and asks me what it all means.

I look at the curve of her curls and her fingers,
and I tell her I can't say what it "all" means,
but do I show her a video of the masses,
the pink masses, the posters like post-it notes
emblazoned with battle language, vulgar language, real language.
Her lips form a small "o", and I smile in triumph. 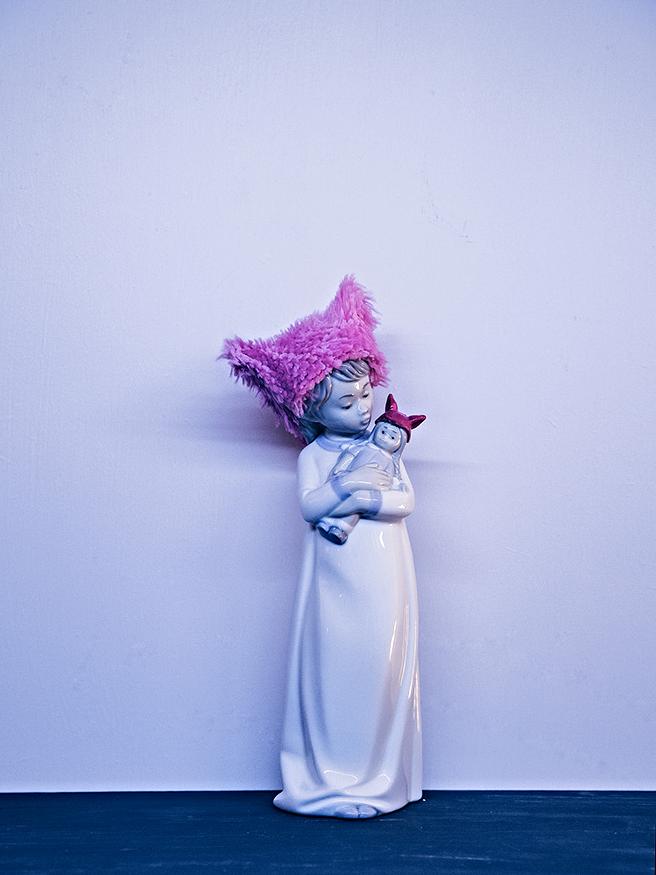 Penélope wears her worn pink pussy hat,
her teenage young adult smirk
marooned in a lipstick called Martyr’s Blood.
She barrels into me, cradling the pink pussy hat between her fingers
her eyes defiant in that way only daughters are to mothers.
“Why weren’t you there?”, she shoves the hat at me
like I tried to poison her with it. “Where were you that day?”
I want to tell her, I was writing poems about the revolution,
constructing verses to be worn on post-it notes,
but instead I tell her how I spent the whole day in bed,
a defeated, double-shift worn warrior princess
vicariously living through the news of those too
bold to be contained in beds.

Penélope knocks on my door, carrying an inconspicuous white box
and a message across her cheeks in war paint, bright pink
like the color of her first pink pussy hat.
She tells me to get ready, that she’ll wait for me,
and as I accept her offering, I feel that she has given me something heavier
than our shared experiences as women; heavier than the curl in her hair,
that is saturated by love and information and knowledge.
I pick it out, my first pink pussy hat,
and wonder if I deserve to have it on my head,
wear it like a crown, like a symbol of my identity
as both a woman and a mother.
When I turn, wearing it lopsided on my head, I see Penélope watch me,
her cheeks flushed with something greater than love. Something maybe
to be written
on post-it notes
or maybe poems.